Herbs and Spices Rich in Antioxidants 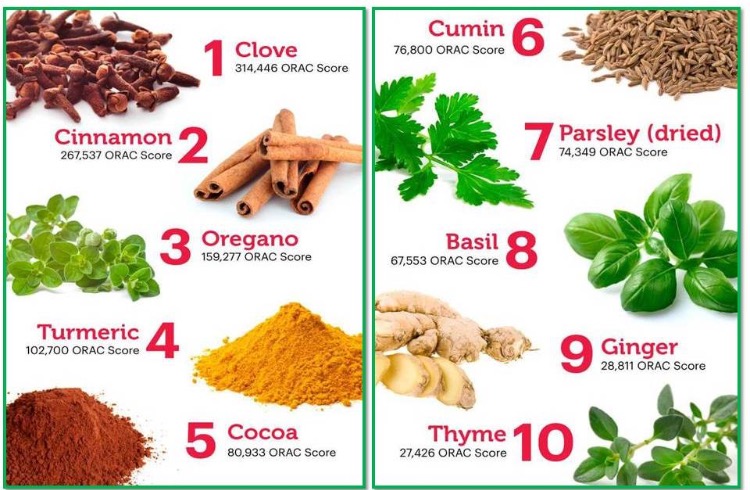 Interestingly enough the foods with the greatest ORAC scores are not actually “foods” the way we think of the word but herbs and spices.

So next time your in the kitchen consider adding some anti-aging spices to the mix.

Next let’s look at foods that we actually consume in larger quantities. These foods come in with ORAC scores just underneath the herbs and spices from above.

Remember the ORAC score stands for oxygen radical absorbance capacity. The higher an ORAC score the greater the antioxidant capacity of the food. Interestingly to note the berry with one of the highest ORAC scores that’s not on this pictured list is Acai berry which comes in at a whopping 102K. That’s higher than some of the spices listed above.

For a full list of foods and their ORAC scores check out SuperFoodly.com.